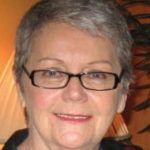 “The patient is too often the stakeholder whose needs are not fully considered in a system that is groaning from unrealistic burdens and stresses.” Peg Ford

“The doctor will be here in a minute,” the RN said to me and a patient who was in the recovery room. A few days before, I had received a phone call from a friend asking if I was available to accompany this woman, a mutual friend, to the hospital for an outpatient procedure. According to the instructions and figuring in the time to transport her there and back from the hospital, it would be no more than 3 hours. The patient, who had faced numerous recurrences of cancer over several years that involved chemotherapy, radiation, adverse reactions, etc, had been rushed to the ER just a week earlier, dehydrated and vomiting uncontrollably. We were, obviously, concerned about what this brave woman was facing at this juncture, as she had been in remission until this episode.

Arriving at the hospital, the outpatient admission went smoothly as did the standard procedure of checking vitals, while we sat in the examination room awaiting the doctor. The patient told me that her referring doctor’s offi had faxed all her records to this facility. However, when the resident entered and asked about her extensive medical history, I could see the look of fear in her eyes, especially when she informed the resident that everything had been faxed to the office and he responded that they had nothing! When he left the room to check if by chance the fax was received, I discovered an unfortunate issue: her referring doctor was in a different medical system not affiliated with this hospital, and therefore her medical records/charts were not available — hence the need for the fax. I sensed she was almost in a panic as she glanced at the clock with only 20 minutes before her scheduled procedure. I gently suggested that going forward, she should get a copy of all her tests, records, and keeping her eye on my friend as I noticed other patients being visited by their doctors and released. Each time I looked up thinking this was her doctor, but no, it wasn’t. I looked at my watch when the RN asked where my friend lived; she shook her head as she realized that if the doctor was delayed any longer, we would be caught in rush hour traffic. At the same time, I could see how anxious the patient was becoming, as her fear of waiting for news, any news, was dragged on. The RN, bless her, went to see about the delay and returned and said, compassionately, “The doctor went in to do another procedure.” What!!!

There was nothing the RN could do, and we became the last ones in the unit that day. She did check a couple of more times. Once, she came back saying, “It will only be a moment.” I responded, “A moment, or do you mean a medi- cal moment?” She took a deep breath but her eyes gave her away. When the doctor finally arrived, he gave no indication of the reason for the delay, nor any apology. He spoke to us for less than 10 minutes and then he was gone. I hesitated to ask why he was delayed for 2 reasons: my concern was getting my friend home as quickly as possible and I did not want to upset her by con- fronting the doctor with the question. Perhaps I took the easy way out and missed an opportunity to understand what actually happened and reinforced that it was okay to keep a patient wait- ing. Perhaps the doctor was unaware of the time or had never considered what was involved or the toll on the patient’s health, energy, and nerves, as possibly he never had someone ask him to explain the situation. I know now I missed a golden opportunity to communicate, to reach an understanding and become aware, and I certainly was not a good advocate for the patient that day.

I got my friend in the car and on the road right in the middle of heavy rush hour traffic of course, as they say in Murphy’s law, “Anything that can go wrong, will go wrong.” There was an accident on the Coronado Bridge, which meant driving through heavy traffic further south on the freeway to Imperial Beach to retrace our trip back up the Strand, adding additional miles and time to get her home. I assisted her up the stairs to her condo—6½ hours after picking her up for a procedure that took less than an hour! She was shaken, in a more weakened condition, drained of any energy, and visibly scared as she said that she couldn’t remember anything the doc- tor said to us. I told her we would talk in the morning, that she should go to bed and get some much needed sleep. Since then, I have mentioned the situation to several people who nodded their heads, recalling incidents when this happened to them or to others they knew, which seemed to be the norm rather than the exception. I have heard from ovarian cancer survivors who wait by their telephones with trepidation as they anticipate word from their doctor’s office on the results (which regrettably can be delayed for days) of their CA-125 blood test: “Is it climbing, am I facing a recurrence of the most lethal gynecologic cancer, why have they not called me?”

On the day of my friend’s procedure, what was the reason for the doctor’s delay or for deciding to do another procedure rather than speaking to her for 10 minutes before going in? Too many procedures scheduled for the doctor? It seems the system for far too many reasons is demanding more and more from the medical community, who are making every effort to keep up the pace, a pace that is unfair to everyone involved. The patient is too often the stakeholder whose needs are not fully considered in a system that is groaning from unrealistic burdens and stresses.
Conceivably, and maybe in the not-too-distant future, all electronic medical records will be made avail- able to any doctor or medical facility for instant access to any patient’s records, and then the need for fax machines will be just a memory. If credit bureaus and financial institutions are all connected electronically, perhaps a similar program could be designed for the medical world?

What can the patient community do to raise these issues and in what manner? This was such a striking incident that I hope I will remember to discuss it, when I meet with policy-makers and others in the healthcare industry, as it is an important matter that needs to be addressed. I have heard and read numerous reports that the healthcare system is unsustainable in regard to costs that, in my opinion, are not only related to dollars and cents but also to the most important commodity — the health, energy, and welfare of our healthcare providers. This situation that so adversely affects patients is but one terrible strain resulting from the unmanageable demands on our healthcare providers.

Can’t join us in person? No problem! You can still support us by choosing our virtual option during registration. We will mail your shirt to you.