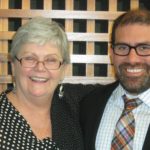 Because ovarian cancer is very heterogeneous molecularly, the need for personalized precision treatment is advancing the interest and focus of the scientific world.

Writing about ovarian cancer this month provided me with the chance to reflect on
how things have changed not only in treatment, but also in research over the past several years since I entered the world of medicine as an advocate. In addition, I recently was invited to participate in a National Cancer Institute (NCI) site visit at Scripps Research Institute, where I was privileged to learn firsthand about the studies conducted at a cancer research lab, and to appreciate the challenges.

As a layperson, my idea of the scientific world was of a distant sphere of higher learning where only the very few who were capable and trained could comprehend even the most basic science. Yet because of the emerging paradigm shift to include the patient stakeholder’s presence and voice in medicine, opportunities and support are available for individuals who wish to learn and become informed and involved advocates. I am grateful to have discovered these in my journey, and I am confident that more people will be able to participate and rep- resent the patient community in the scientific arena, to the benefit of both communities.

Strides have been made in ovarian cancer treatment options and there has been an increase in research since my entry into the world of advocacy in 2008 as an ovarian cancer  survivor. However, mortality rates  have not changed much, as most women when  diagnosed  with  ovarian  cancer have late-stage disease and, sadly, most will face recurrences. We still do not have a screening test for early detection of ovarian cancer, but researchers are endeavoring to change this. The one aspect that is certain—one the patient community is working hard to increase—is  awareness,  through  education of medical students and out- reach programs for the general public emphasizing that if detected in the early stage, the overall 5-year survival rate for the few women diagnosed at this point greatly increases from 45% to over 90%. The American Cancer Society estimates that about 22,400 women will be diagnosed with ovarian cancer in 2013 and that 14,230 women will die from the disease, which is the fi leading cause of cancer deaths among women in this country. Approximately 1 in 72 women will develop ovarian cancer, and
their risk of dying is 1 in 100.

Generally, ovarian cancer is considered an older woman’s disease and although women have a higher risk as they age, more young women are facing this deadly disease. One such brave 25-year-old, Kristina Anderson, is attempting some- thing quite extraordinary and  certainly out of the ordinary as she is competing in the upcoming Miss Arizona pageant. She was diagnosed with a rare form of ovarian cancer last July and is determined to go forward on her own terms despite having to deal with this disease.

Because ovarian cancer is very heterogeneous molecularly, the need for personalized precision treatment is advancing the interest and focus of the scientific world. Owing to its relative connections to the BRCA gene mutations in breast and other types of cancer (Lynch syndrome), ovarian cancer research efforts have increased. PARP inhibitors, vaccines, angiogenesis inhibitors, and targeted chemotherapy are all examples addressing this urgency, and a grateful patient community knows, without question, how important it is to support and fund research now more than ever.

There is an experimental study at Columbia University Medical Center that uses hyperthermic intraoperative chemotherapy (HIPEC), also  known as heated chemotherapy. After removing the tumor, the area is treated with heated (to about 108 degrees) che- motherapy delivered directly into the patient’s abdomen for approximately 60 to 90 minutes.

1 screening for gynecologic cancers, combines a traditional Pap smear for cervical cancer with a DNA test for gene mutations linked  to  endometrial and ovarian cancers. According to lead researcher and MD-PhD candidate Isaac Kinde and Luis Alberto Diaz, MD, of Johns Hopkins Kimmel Cancer  Center,  the  screening  is  not yet ready for clinical practice…but could this prove to be another important step toward a screening test? The PapGene screening uses advanced DNA sequencing technology to look for mutations  in  12  genes  associated with endometrial or  ovarian  cancers in cells collected for Pap smears. The PapGene test often found one or more of the mutations  from  the  samples. In contrast, the samples from women without cancer showed no mutations. The screening proved highly sensitive for endometrial cancer: every woman known to have the disease tested pos- itive for  mutations. However,  it captured only 40% of patients known to have ovarian cancer.

Interesting studies have been funded, including the prospect that man’s best friend could sense cancers. One anecdote supporting this possibility is a female patient whose dog was poking at her breast for months before she was diagnosed with stage III breast cancer. A study is currently under way regarding dogs and the detection of ovarian cancer.

One extremely promising update from a study from the University of Texas MD Anderson Cancer Center is that gauging CA-125 (the protein recognized and used for predicting ovarian cancer recurrence, discovered by Robert Bast, MD, who is the study’s senior author) over time may be a screening tool for early stage in post-menopausal women at average risk for the disease. Karen Lu, MD,  professor and chair of the Department of Gynecologic Oncology and the study’s corresponding  author,  indicated  that research is ongoing and that she and her team plan to study other markers along with CA-125 to determine the screening impact of their combined change over time.

This finding is certainly encouraging, but thus far is neither conclusive nor ready to change current practice, as a large, randomized prospective screening trial still needs to be conducted. However, such research is currently under way in the United Kingdom, where results from more than 200,000 women should be known by 2015.

Of note are the diverse as well as private contributors funding the CA-125 study: it was supported by the NCI and was a research project of MD Anderson’s ovarian cancer Specialized Program of Research Excellence (SPORE; NCI P50 CA83639), the Bioinformatics Shared Resources of MD Anderson (CCSG   NCI   P30   CA16672), and the National Foundation for Cancer Research. Philanthropic support was also received from Golfers Against Cancer, the Tracy Jo Wilson Ovarian Cancer Foundation, the Mossy Foundation, the Norton family, and Stuart and Gaye Lynn Zarrow.
In my work with newly diagnosed patients and those who are dealing with recurrences as they prepare to participate in the Ovarian Cancer Alliance of San Diego’s Outreach Programs (my organization), I am inspired to fi that although heavy of heart, these women are struggling to fight this lethal disease and are thankful for the dedicated physicians and researchers who are working diligently to combat it.

Can’t join us in person? No problem! You can still support us by choosing our virtual option during registration. We will mail your shirt to you.